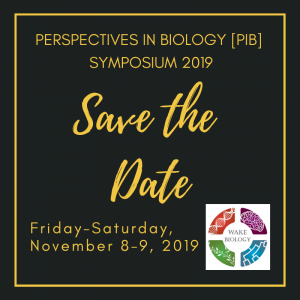 Thank you for your interest in the Perspectives in Biology Symposium.

The Wake Forest University Department of Biology looks forward to welcoming old friends and making new friends at the 35th Annual Perspectives in Biology Symposium [PIB] on November 8-9, 2019. The symposium centers on six talks by three eminent scientists representing the diversity and breadth of the discipline. This year’s speakers are Dr. Yadvinder Malhi, from the University of Oxford, one of the world’s leading tropical ecosystem ecologist and conservationist and one of the world’s foremost voices on global change; Dr. Nicole Dubilier, who directs the Symbiosis Department at the Max Planck Institute for Marine Microbiology and who has pioneered the study of mutualisms and deep sea chemosynthetic communities; and Dr. Paul Turner, one of the foremost thinkers and experimentalists in the area of the evolution of viruses and its intersection with medicine and public health. Talk titles and full bios below.

The Friday afternoon seminar will begin at 4 PM, and is followed by a banquet and evening talk, and then four more talks on Saturday. The registration fee is $99 per attendee. This includes six seminars, a reception, a banquet dinner, lunch, and Krispy Kreme – in other words, it’s one of the best values in science for under one hundred dollars.

For the past 34 years, the Department of Biology has hosted the annual Perspectives in Biology Symposium in early November. This program brings three eminent biologists to Winston-Salem for an intensive and fun series of scholarly presentations for faculty from colleges and universities in the region, and is structured to give speakers and attendees a friendly and informal atmosphere to interact.

The speakers present state of the art information on diverse topics relevant to biology teaching and research. The PIB program is routinely attended by 60-80 biology faculty representing 30-35 institutions from NC, SC, VA, TN and MD, together with Wake Forest University professors and graduate students. So, mark your calendars. We look forward to seeing everyone on November 8-9, 2019. We welcome all new and returning participants! 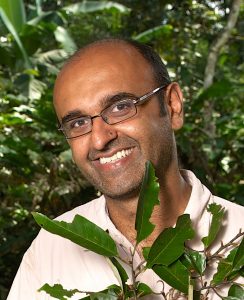 Yadvinder Malhi is Professor of Ecosystem Science at the University of Oxford, UK, and Director of the Oxford Centre for Tropical Forests. His work focuses on the interactions between the biosphere and global change, with a particular focus on tropical biomes. He has conducted extensive fieldwork in tropical countries, and is founder of the Global Ecosystems Monitoring network, which conducts detailed studies of ecosystem processes and climate change in field sites ranging across Amazonia, the Andes, Africa and Asia. More broadly he is interested in the challenge of maintaining a flourishing and sustaining biosphere under the challenges of global change. He is a Fellow of the Royal Society of London, Past-President of the Association for Tropical Biology and Conservation, and was recently awarded the Patrons’ Medal of the Royal Geographical Society for his work on tropical ecosystems and climate change.

Check out this youtube video of Dr. Yadvinder Malhi discussing “Forest conversation as a critical buffer against climate change.”

The Metabolism of Planet Earth.

Captured sunshine: the trophic energetics of tropical and temperate forests. 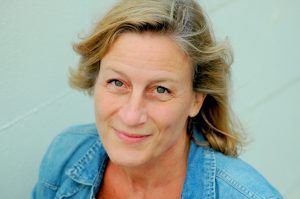 Nicole Dubilier is a Director at the Max Planck Institute for Marine Microbiology in Bremen, Germany where she heads the Symbiosis Department, and is a Professor for Microbial Symbiosis at the University of Bremen. She moved from the USA to Germany as a teenager and gained her PhD in Marine Zoology at the University of Hamburg, Germany. After a two year postdoctoral fellowship at Harvard University, she joined the Max Planck Institute for Marine Microbiology in 1997. Nicole’s lab studies the diversity, ecology, and evolution of symbioses between bacteria and marine invertebrates from chemosynthetic environments such as deep-sea hydrothermal vents, cold seeps, whale and wood falls, upwelling regions, and coastal sediments. Her group uses a wide array of methods to study chemosynthetic symbioses that range from deep-sea in situ tools to molecular, ‘omic’ and imaging analyses. Nicole’s recent awards and honors include the Leibniz Prize in 2014 (Germany’s most prestigious research prize), a Gordon and Betty Moore Marine Microbial Initiative Investigator Award in 2013, and a European Research Council Advanced Grant in 2013. She was elected a Fellow of the German National Academy of Sciences (Leopoldina) in 2015, of the American Academy of Microbiology in 2013, was the Chair of the American Society of Microbiology annual meetings in 2016 and 2017, and is the incoming President of the International Society of Microbial Ecology.

Links of interest: The Scientist: Sold on Symbiosis and Marine Passion: Portrait of Nicole Dubilier.

The Art of Harnessing Dark Energy: Symbioses between marine invertebrates and chemosynthetic bacteria. Paul Turner is the Elihu Professor of Ecology and Evolutionary Biology at Yale University. He studies the evolutionary genetics of viruses, particularly bacteriophages that specifically infect bacterial pathogens, and RNA viruses that are vector-transmitted by mosquitoes. Dr. Turner received a Biology degree (1988) from University of Rochester, and Ph.D. (1995) in Zoology from Michigan State University. He did postdoctoral training at National Institutes of Health, University of Valencia in Spain, and University of Maryland-College Park, before joining Yale’s Ecology and Evolutionary Biology Department in 2001. His service to the profession includes Chair of the American Society for Microbiology (ASM) Division on Evolutionary and Genomic Microbiology, as well as membership on the National Science Foundation’s Biological Sciences Advisory Committee, ASM Committee on Minority Education, and multiple National Research Council advisory committees. Dr. Turner was elected Fellow of the National Academy of Sciences, Fellow of the American Academy of Arts & Sciences, Fellow of the American Academy of Microbiology, Councilor of the American Genetic Association, Chair of the Gordon Research Conference on Microbial Population Biology, and Chair of the CNRS Jacques Monod Conference on Viral Emergence. He chaired the Watkins Graduate Research Fellowship award committee for ASM, and received the E.E. Just Endowed Research Fellowship and William Townsend Porter Award from Marine Biological Laboratory, and fellowships from Woodrow Wilson Foundation, NSF, NIH and HHMI. Dr. Turner has served as Director of Graduate Studies and as Chair of the Ecology and Evolutionary Biology Department at Yale, as well as Yale’s Dean of Science and Chair of the Biological Sciences Advisory and Tenure Promotion Committees.

The main focus of Paul Turner’s research is to study the evolutionary genetics and genomics of microbes, especially the ability of viruses to adapt (or not) to changes in their biotic and abiotic environments. These studies concern environmental challenges faced by viruses at all levels of biological organization, including effects of changes in molecules, proteins, cells, populations, communities and ecosystems. His work is highly interdisciplinary, employing microbiology, computational biology, genomics, molecular biology and mathematical-modeling approaches, and especially experimental evolution (‘evolution-in-action’) studies under controlled laboratory conditions. Turner uses a wide variety of RNA and DNA viruses in his studies, including various lytic, temperate and filamentous phages that infect bacteria. Also, his research examines arthropod-borne viruses, such as vesicular stomatitis virus, Sindbis virus, dengue virus, and chikungunya virus, grown in lab tissue culture and within live mosquitoes. Many of these projects use basic research to test fundamental ideas, such as theoretical predictions of virus disease emergence and of virus evolvability. Other projects are more applied and concern evolutionary medicine. For example, Turner uses ‘evolution-thinking’ to develop novel virus-based therapies to treat antibiotic-resistant bacteria and to attack cancer cells.