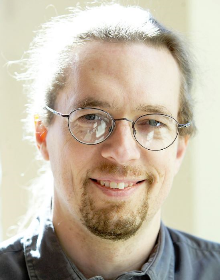 evolutionary genetics, genome evolution, origins of ecological diversity, and the evolution of sex

Eukaryote genomes vary hugely in size, from about 12 megabases in yeast to over 10,000X that much in lungfish.  This variation is due largely to variation in the abundance of transposable elements, which also cause a large fraction of spontaneous mutations.  The dominant role in genome evolution that is played by transposable elements has been xx for decades and has become all the more evident with the escalating growth in genome sequence data.

TEs cause mutations in a variety of ways, initially by jumping into coding regions and altering protein structure, or changing gene regulation by transposition into regulatory sequences such as promoters.  On a larger scale, recombination between copies of the same TE in non-homologous locations can cause chromosome rearrangements.  Mutations in general are more often harmful than adaptive, so TEs are thought to originate as parasitic DNA: by multiplying within host genomes, they can segregate meiotically into a high enough fraction of gametes to invade a population despite their fitness costs.

Once established, the effects a TE family can have on genome evolution extend well beyond increasing genome size.  The added genetic variation may speed adaptation to a changing environment, and host genomes can suppress transposition epigenetically, by DNA methylation or histone modification.

Current research in my lab is focused on using budding yeast for evolution experiments testing hypotheses about the theoretical requirements for a new TE to invade a yeast population, and in the future on the longer-term evolutionary consequences for the host population.  The yeast genome carries few TEs, and only LTR retrotransposons – none of the other types of retrotransposon nor any ‘cut-and-paste’ DNA transposons.  The ability to genetically engineer foreign TEs for high levels of experimentally induced activity in yeast makes this an ideal mode system for directly observing the pervasive impact of transposable elements on genome evolution, with all the TE-host genome coevolution occurring de novo in the lab.

Current topics of particular interest are the spontaneous, reproducible evolution of a new and adaptive system of epigenetic inheritance in evolved populations, the consequences for yeast genome evolution of invasion by a foreign transposable element, and the origin and maintenance of ecological diversity.