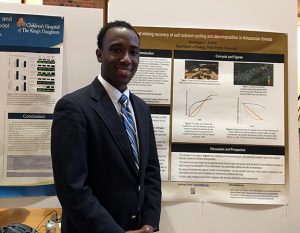 The 10th Annual Undergraduate Research Day held at Wake Forest on Friday, October 7, 2016, featured so many presentations by Biology majors and other students working on projects in Biology labs that it is hard to be certain that the list is complete! Congratulations to all students who participated in this celebratory event, which provided a wonderful kick-off to Family Weekend. Most students elected to present posters, but Tatianaide Medina Nieto, mentored by Professor Fahrbach, opted to give a talk titled The effect of queen pheromone exposure on the growth of the worker honey bee brain. The poster presenters were: 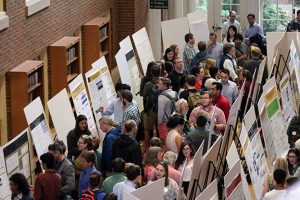 The scene in the ZSR Library atrium on Friday, October 7, 2016 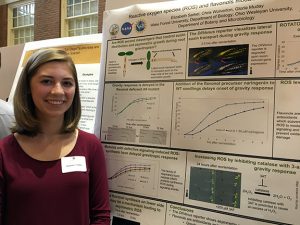 Bailey Warren (mentored by M. Ashley-Ross, Biology): A study of the biomechanics of the Kryptolebias marmoratus on terrain 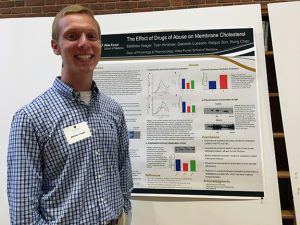 Brianne Morrow (mentored by S. Fahrbach & J. Privitt, Biology) submitted an abstract but was unable to present because she is studying abroad this semester! Her title was Impact of pesticide exposure on the synaptic organization of the honey bee, Apis mellifera